The Basic Principles of Electric Power and
How it Works 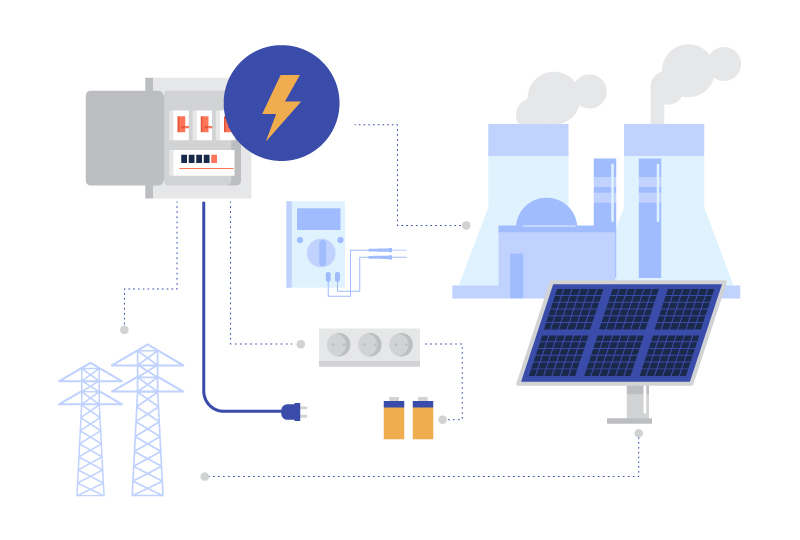 We use electricity day in and day out; but have you wondered how it all works? Essentially, the electric current flows along a conductor in the form of free electrons that move from one atom to the next. Recall the secondary school science classes you thought you would never need again. The more free electrons you have in the current, the better it will conduct.

Now that we’ve covered the basic principle of electricity, we can move on to its primary parameters. This is divided into three different parameters which we’ll discuss below.

You’ve likely heard of the term voltage before. Voltage is how we measure electricity. Think back to those free electrons from the electric current. The pressure that’s put on the free electrons is known as electromotive force (EMF), and the volt is the unit of pressure. The volt is the amount of the electromotive force that’s needed to push a current of one ampere through a conductor with one ohm of resistance.

Let’s break down these terms: ampere and ohm. The ampere will define the flow rate of your electric current. So when you have one coulomb (6 x 1018 electrons) that flows past a conductor, this is considered a one-ampere current.

Next, we have the ohm. The ohm is the unit of resistance and is determined by the size of the conductor, the material, and the temperature. The resistance on the conductor will increase as the length increases or the diameter decreases. With more conductive materials, the resistance of the ohm will be lower.

All conductors have an accepted temperature limit that will help them continue to work with the least amount of resistance possible. These limits are provided by the National Electric Code and other engineering documents. You can impact the ampacity by considering some external factors that affect it.

A Bit of History

Everyone thinks of Benjamin Franklin and his kite when they think of the origins of electricity. But early electric experiments were performed in 1800 by Alessandro Volta. Volta published ideas about the silver/zinc battery, although he didn’t know how it worked.

By 1807, Humphry Davy constructed a battery. Skip ahead through history a little bit and you have people discovering that electric currents can impact a compass needle and making the first electric generator. These means that mechanical power can be converted to electric power.

By 1860, people are racing to create a practical generator using magnets. Move to 1880 and Thomas Edison perfected the incandescent light and developed a distribution system. This leads to the installation of generators just before 1900. This was when electricity became available to the commercial sections of large cities.

What is Electric Power?

Electric power is the rate of energy while it’s transferred by an electric circuit.

Energy needs to transfer through electric circuits enabling you to use it. Your electric power then is the energy per unit time, which is converted by the electric circuit into energy. Whenever you turn on the light, you receive electricity and energy.

What are the Components of an Electric Circuit?

Whenever you turn on your light, you’re using an electric circuit. There are four basic parts to this circuit that all work together to provide you with the power you need: the AC or DC energy source, a conductor in the form of a wire, and an electrical load and at least one controller being a switch. 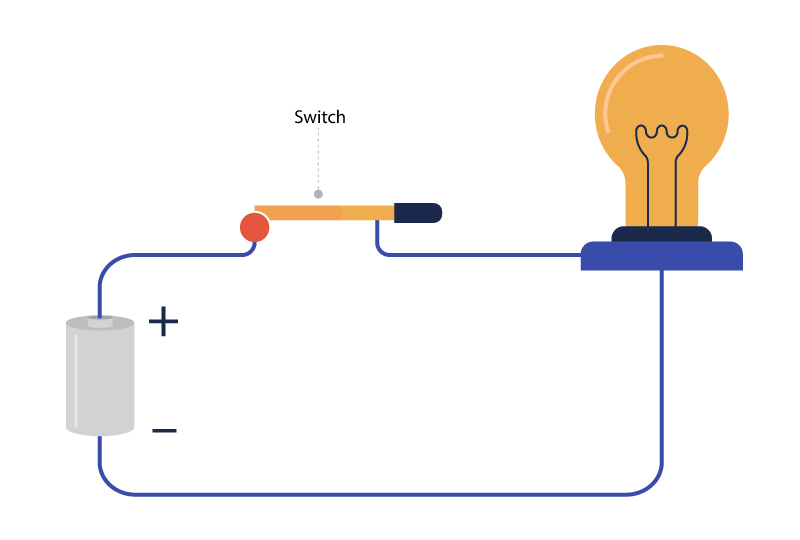 Think about what happens when you turn on a light; you push the switch. This causes electricity to flow through the wires to the power source, which will convert the energy to light or power.

Let’s start with the energy source. In your circuit, the power sources will provide the voltage and current to energize your device. Then there’s the conductor, which is the wiring in your home. This provides the path that the energy flows through and connects all the other parts of the circuit. Think of this as the electric power flowing through a pipe or a hose.

Then you have the switch, which closes or opens the energy flow of the circuit. Put simply: this is the light switch. This allows the energy to move through so you get power.

Finally, there’s the load. The load is the amount of electrical energy your device needs to work. Think of your TV and your electric bill; that has to do with your load.

A passive device is a component that is unable to control the current through another electrical signal. Think of resistors, capacitors, inductors, transformers, and diodes for this.

An active device will let you change the control of the electric flow. If you want to control your circuit like this, you’re using an AC current and a DC current.

How Does it Work? 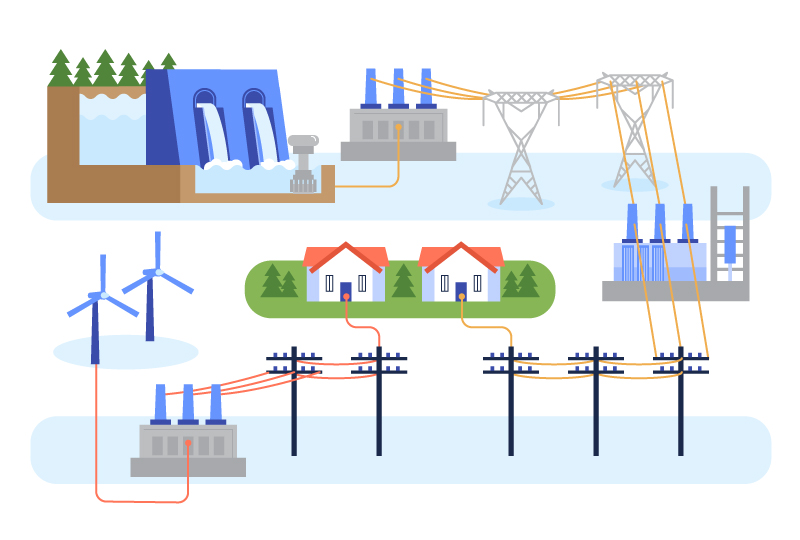 Let’s discuss how each of them works for better understanding.

So you have your passive components like your resistors, capacitors, and the ohm which establish a relationship between voltage and current. This helps make up the voltage polarity, which works with the current direction for two-terminal components. This is called the passive sign convention.

When you have a circuit that only contains those ohms in the AC circuit, that is known as a resistive circuit. There will be inductance or capacitance in this kind of circuit since the AC and voltage will both move forward and backward in the direction of the circuit.

Electric Power in a Circuit

All the power you have in your circuit depends on the principles. This includes ohm and the relationship between voltage, current, and resistance.

Your DC current is the unidirectional flow of movement that the electrons go through. The intensity of the current can vary over time, but the direction of the current will never change.

On the other hand, the alternative current will change direction. The flow of electric charge will sometimes move direction, especially if the sources vary periodically. This is used a lot with the commercial power that we often use.

How is it Generated?

Electric generators supply energy to power any number of devices. While they do supply energy, they don’t create the energy they transmit. Generators receive power from an outside source, whether it’s hydraulic power, or that created from burning fossil fuels. The generator then takes this energy, and through an alternating current, delivers electricity to the device it’s meant to power.

Electric motors leverage the power of electromagnetic fields, whether they use alternating current (AC) or direct current (DC). These motors take in electrical power and convert it into usable, mechanical energy. This allows electric motors to create motion and power any range of appliances. 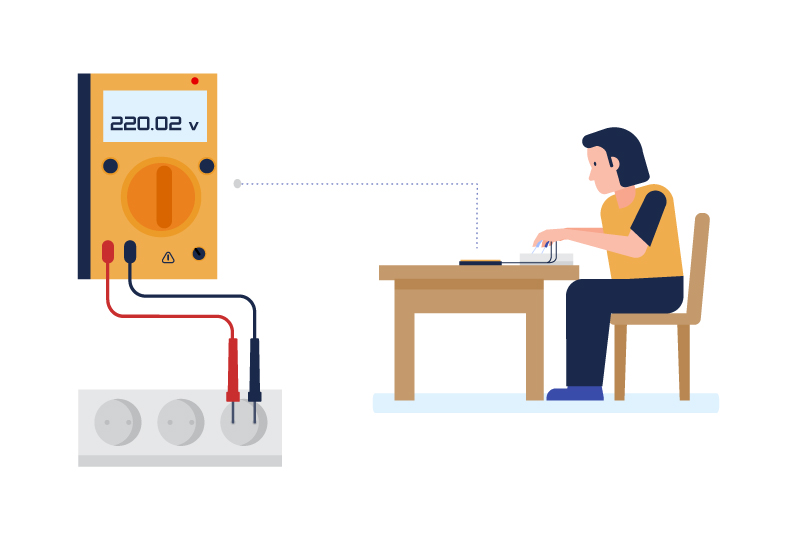 How is it Measured?

Wattage is measured in Watts. It represents the amount of energy being used for an amount of time. Put otherwise; this is the volume of energy that is produced and used by a given device. Higher wattage appliances use a larger volume of energy than those that have lower wattage. Watts is important when selecting different appliances and devices since energy companies often charge customers for the volume of kilowatts (or units of 1,000 watts) that are used during the period of a billing cycle. Reducing the overall wattage use in your household reduces your energy bills in turn.

Amperes are measured in amperage, although they are sometimes simply called ‘amps’ for short. Amperage measures the amount of electricity that is flowing through a given circuit. Amperage can be tested with a tool called a multimeter, which determines the power of the current being pushed through the circuit.

Always use caution when testing a current, and ensure your multimeter is rated to handle the amps your circuit may produce. Measuring your amperage can help you diagnose a circuit that allows a stronger current flow than intended, or determine a circuit that is causing excess power leakage.

There are plenty of different ways to calculate power depending on the reason you need to calculate it. However, the equation is most simply put as the result of work and time is power. Vice versa, power is equal to the amount of work (W) over time (T). First, you must determine the value for Work, which is equal to Force multiplied by Distance.

First, we’ll look at the equation to calculate power in its most simple form:

For a practical example, let’s assume our units of time are seconds, and the work is measured in volts. We’ll use 10 volts, for work, and measure the time as 2 seconds.

Resistor power ratings grade a resistor on its ability to dissipate excess electrical energy safely. This energy is what is lost in the circuit, and dissipated into the surrounding environment as heat. Ratings are given for the maximum wattage a resistor cab can safely dissipate while still maintaining proper functionality.

Calculating the amount of power dissipation through a resistor is fairly simple, provided you know the amperes flowing through the circuit (labelled as I) and the ohm resistance (R).

Efficient Use of Power

Using electrical power efficiently ensures not only a reduction in your electrical costs but also the continuation of natural resources. There are several ways to improve the way you use power, with many requiring very minimal effort. 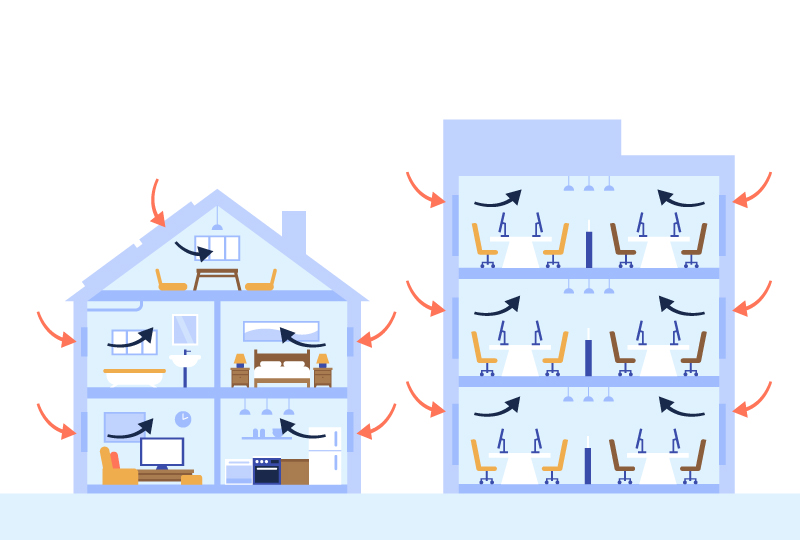 Some passive methods of efficiently using power are also the most effective. Rather than relying on electric lighting, simply opening the blinds will efficiently light a room without using any power. Likewise, windows that face the sun can be uncovered in winter, adding additional heat, and reducing the amount of power needed to heat a home. Turn off the lights when you leave a room and unplug devices to prevent power seeping when it isn’t actively used.

Ways that you can actively increase your power efficiency include upgrading older, less efficient appliances and switching to devices (even including light bulbs) which use a lower wattage. Buying a power strip to plug in appliances makes it easier to completely unplug several devices at once, which seriously reduces the amount of power used even when appliances aren’t switched on. Another appliance that is often forgotten as we shut down devices is our computer. These devices can use a lot of energy even when left idle, and shutting them down won’t affect their usability.

If you plan on remodelling, using smart materials that absorb and spread heat captured through sunlight should be used around windows and in areas that are naturally well lit.

Electrical power enhances our lives so profusely that many of us neglect to understand how it works. We take the convenience of a flipped switch illuminating a room, or an outlet powering our laptops, and leave it at that: a little-understood convenience. Understanding electrical power can start simple and become complex as you begin to comprehend the principles of this incredible energy. However, you don’t need to attempt great engineering feats to reap the benefits that come with understanding how electricity works in your home, and how you can improve the efficiency with which you use it.